I would never have guessed that even the most educated, most idealistic people who care about the environment and our fellow beings as much as the students of the Yale School of Forestry and Environmental Studies (F&ES) would be so ignorant when it comes to fur fashion. At F&ES, harbour of environmentalism, fur jackets, caps and scarfs abound. Most fur-bearers did not know that they were carrying part of an animal's carcass: they thought they had bought fake fur. Even "Mom", the head of the Student Services who has a warm word for everyone and who told me that I should not waste my time offering anti-fur info booths at F&ES because "we seldomly see fur around F&ES" - even she showed up with a fur-prone jacket when winter stroke.

Therefore, I was more than motivated to realize my plan: Inoculating F&ES against fur by offering information about how to distinguish real fur from fake fur and make an informed consumer choice. 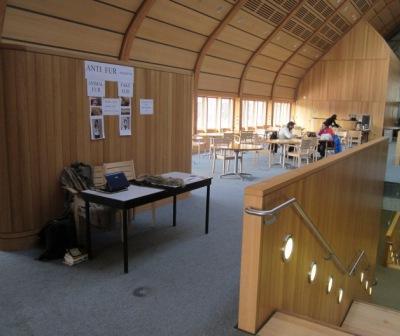 Kroon: the place to be to meet students... 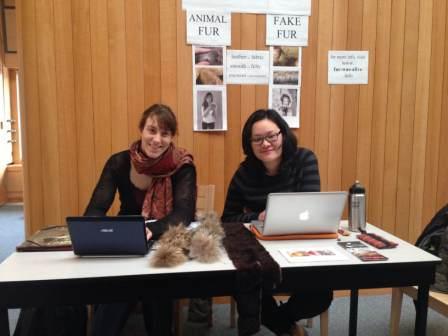 ... a place to be with friends! Thank you, Sonam from Bhutan, for spending this time and supporting the cause! 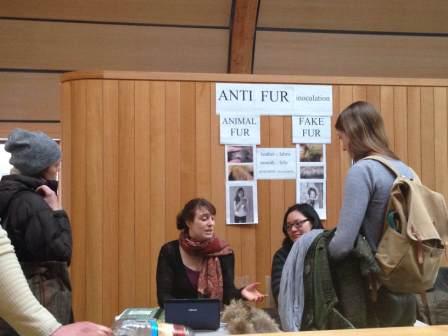 Interestingly and frustratingly, the interest in learning about fur fashion was by no means higher at F&ES than it would have been in any city mall. But there were many encouraging encounters .... 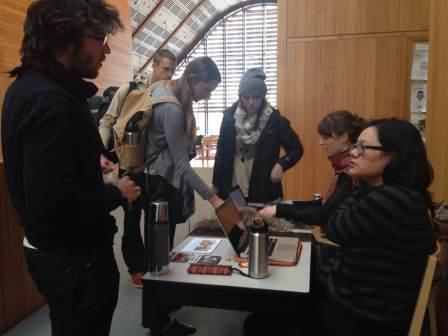 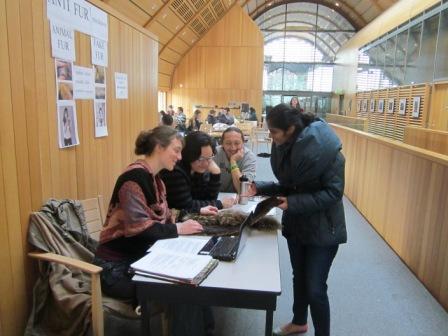 At the end of the day, the open-minded fellow students more than made up for the many desinterested ones and remindet us once again that every mind we change for the better regarding the anti-fur cause, and every consumer who deliberately avoids fur in the future is worth the time and effort we spent!