How open is New York - city of curiosities, cuture and capitalists - to idealistic Foxes? 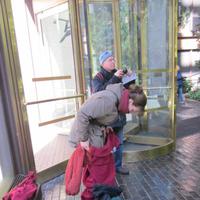 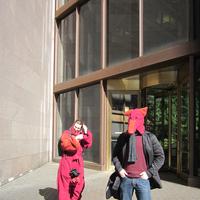 Having found a (supposedly public) oasis of green within a commercial building to change from woman into fox, we instantly had security guys runnig at us and could escape last minute. Small wonder we felt a bit "headless" at first. 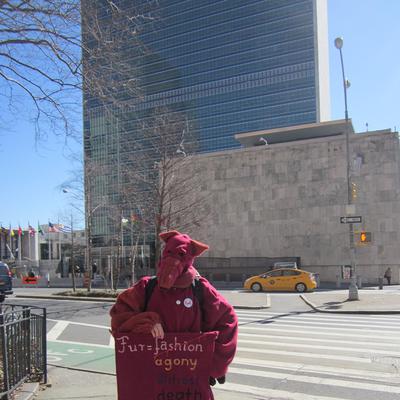 The UN building was our first official photo stop... 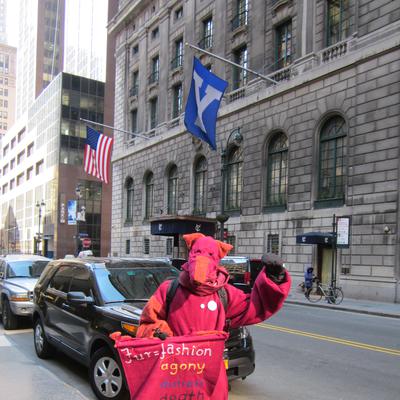 ... and the elite Yale Club (where I had been a noble guest as part of the Yale world just some weeks prior to Rudolf's visit) was the second one. 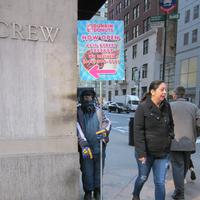 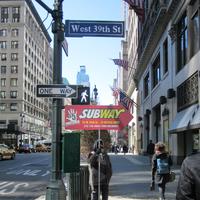 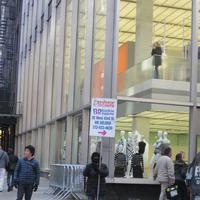 How different is that world from the reality of these "living signposts"! These poor guys who have to prostitute their bodies in order to entice people to eating in one of the fast-food temples around the corner. Shall we applaude or condemn the fact that real people as part of advertisement make the difference on the overcrowded market? 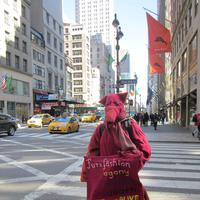 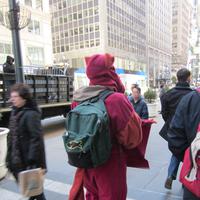 However, virtually no one pays attention to an as-good-as-real fox amongst the crowd. In all my life, I have never experienced a place where people are as ignorant and ice-cold as in New York City. Most likely, everyone tries hard not to drown in the ocean of people and keep to him- or herself. 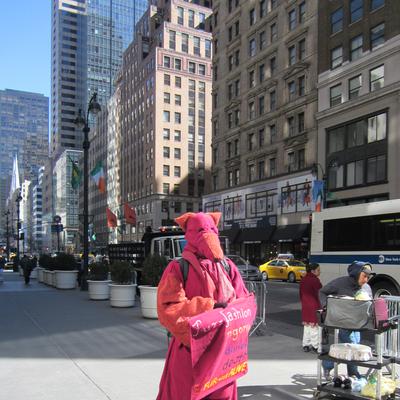 Never mind. We are here not to win the day, but to make an offer to turn aroud and to ponder.

And yes, some are accepting the offer! 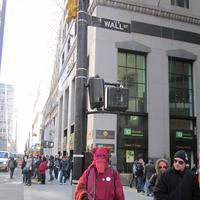 Foxing from Manhattan's North to South makes you refill your energy stacks at some point. This is fuelling change! 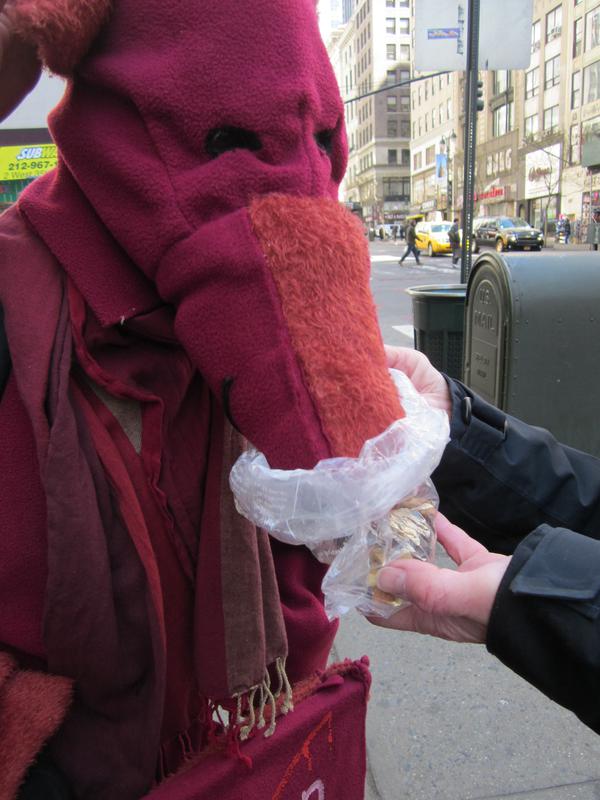 And there we go through litte Italy, diverse parks ... 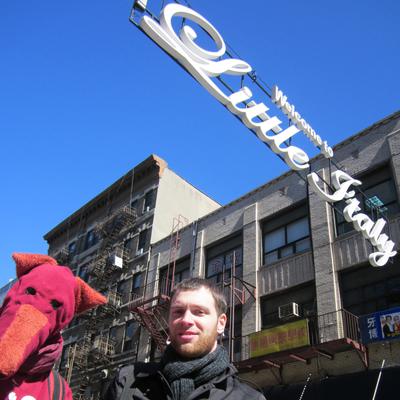 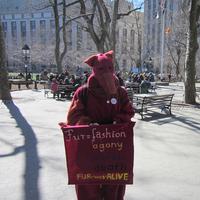 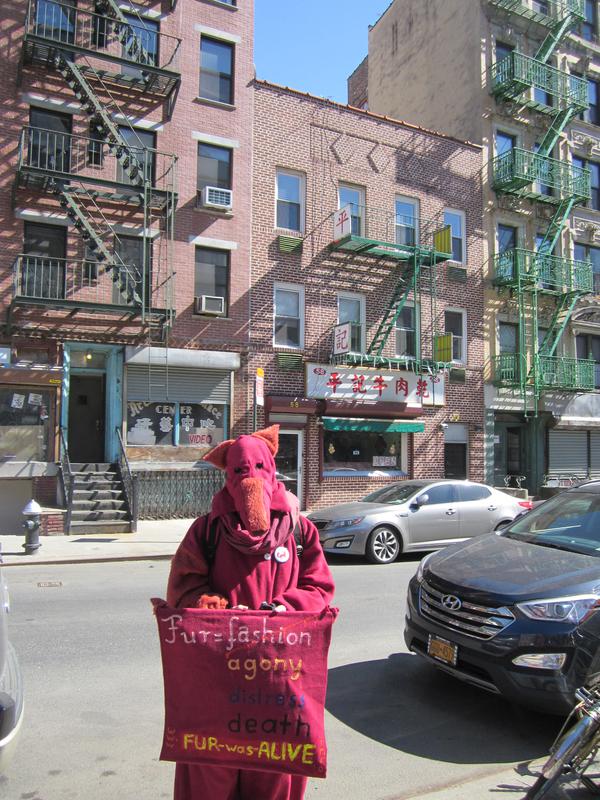 ... and to the dark sides of China Town. Here, numberless and nameless animals (cray fish, fish, ...) are suffering in small, filthy and overcrowded basins, awaiting their gruesome end. Rudolf keeps his countenance, but behind the mask, tears flow. 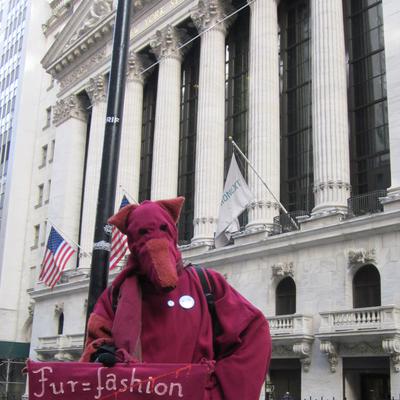 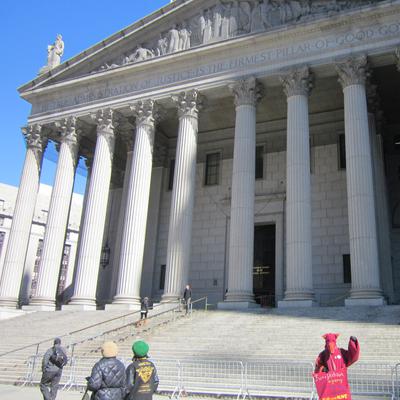 Where resides a greater power? 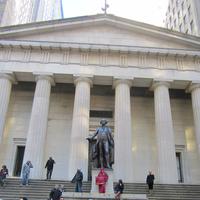 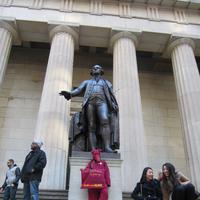 Anyway, I bet George Washington had been dreaming of a different society 200 years from his time.

And thus ends a long day of walking and relentless hope of having touched some people's hearts. May the statue of liberty light the way for the freedom of all beings! 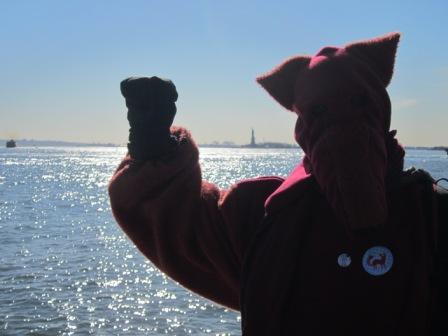