If you have the chance to speak to someone who deliberately wears fur - take it. You will hear the most astonishing subterfuges you can imagine, ranging from deep desinformation to outright unscrupulousness.

Some fur-wearers familiar with the atrocities of the fur industry give a helpless shrug and assert: "By the time I bought the coat, the animals had already been dead!"

Argument Check: This is incredibly naive, of course. Every pelt sold causes another animal to be caged, tortured, killed in order to manufacture the next fur item displayed in shops. Thus, everyone who wears fur is directly and personally responsible for the death of a furry being.

What about vintage? The same rationale holds. Would you wear the skin of your grandma if you found her dead? Fur is not for fashion, it is the livelihood of our sentient fellow animals.

Among those deliberately seeking out and wearing fur fashion, you'll often hear a mere "That doesn't interest me!", if you try to confront them with their unethical deed, whereupon she hastily prances away from you, looking hard into the opposite direction. 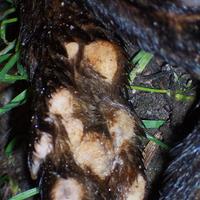 Argument Check: Of course it interests her. She would never be able to do any harm to an animal by her own hands. That's why she must make any effort to suppress the thought about the atrocities she has supported by buying fur. This is the only way she can act out her vanity. Fortunately for her, the human mind is good in suppressing uncomfortable thoughts and to maintain business as usual despite the unease roaming in the unconscious. Likely, this is how she generally deals with problems in her life. Poor thing.

In case the fur-wearer fell for the fur industry's line that fur is an "ecological and hence ethical" garment, she will say something like "Foxes are vermins and their populations need to be kept in check. Since they are shot anyway, I can wear their furs, can't I?"

Argument Check: First: The conclusion is fallacious since capitalizing on a cruelty committed by others does not make your deed ethical. Second: The premise is wrong: 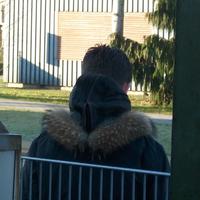 1. There is no overpopulation of foxes (or any other animal expoited by the fur industry). They are top-predators in many ecosystems, so their population depends on the numbers of their prey animals. Nature maintains an equilibrium without any need for human interference - even in landscapes significantly altered by civilisation. Conversely, studies show that foxes (and many other wild animals, for the matter) compensate losses due to hunting with increased numbers of offspring.

2. Most fur-bearers killed in hunts are discarded in the dust bin. From the wild to waste. Why? Because the fur industry cannot use their pelts as they are pierced by bullets. The animals whose pelts are used for fur fashion are snared or trapped to keep their pelt intact. They suffered hours and days of agony before they strangle themselves or die of exhaustion or dehydration - or are clubbed by the trapper. 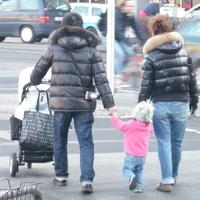 3. Only 15% of all pelts used by the fur industry come from animals who lived in the wild. The vast majority come from animals raised in fur farms, which means a somewhat "cleaner death" (if you are inclined to call being suffocated or electrocuted, deaths taking many minutes, "clean"), but a life of deprivation and suffering.

Thus, fur-wearers justifying their vanity by reference to "ethically hunted fur" are ignorant and gullible at best. Of course, this is how the fur industry likes them as they provide fertile soil for its lies.

One of the fur industry's favorite myths is often echoed by fur-wearers: "Fur farming is an agricultural practice like every other. There is no ethical difference between using animals for fur and using animals for dairy, meat or eggs“. 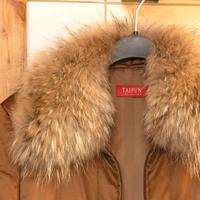 Argument Check: Fur farming is a legal category different from agriculture. That's important, as the fur industy does not enjoy all legal privileges that, e.g., livestock farming enjoys. Of course, they want these privileges and campaign fiercely for it, e.g. by instilling the agriculture-myth into their customers. But actually, there IS a striking similarity between fur farming and livestock farming: In our modern societies, we  need neither to live healthy, happy lives. It is pointless to argue about whether it is more or less obnoxious to kill an animal in order to eat it or in order to wear its mortal remains around one's neck. Similarly, it is impossible to right a wrong (wearing fur) by comparing it to another wrong (eating animal products).

In a similar vein, some (more intelligent) fur-wearers say that "Using fur for garments is as (un)ethical as using leather. If you want to banish fur, you consequently need to banish leather!" They will give a complacent smile upon this retort, assuming that no one could seriously be as radical as to  think about criticising leather, a material allegedly indispensable from our wardrobe.

Argument Check: Truly, fur and leather are animals' hides. Moreover and unfortunately, leather is not, as many of us think, a byproduct of the meat industry. Fur and leather equal major profits for animal exploiters. Thus, if you are against fur, you want to be against leather also.

But again, instead of using this ethical equivalence as a gateway to promote fur fashion, it is a gateway to decry leather. The good news is: Leather is easily replaceable. Shoes, bags and belts made from fake leather last longer than, look equally good and are as cheap or exquisite as leather products.

Believe it or not, there are people who believe one of the following absurdities: "Only sickly and weak animals are killed for fur. Fur farming thus enhances the overall health of the fur-animal species." or "Animals dying of old age in zoos or animals that are accidentally run over by cars are used for fur, thus, it is ethically feasible to wear fur." 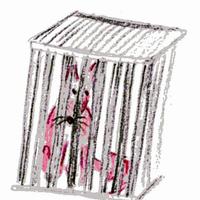 Argument Check: These subterfuges are even to absurd to be employed by the fur industry itself. Instead, you will often hear and read their henchmen praise the high quality of the pelts, allegedly indicating the good health of the animals (who are doing oh so well on fur farms).

And have you ever seen animal victims of a car crash? In the vast majority of cases, their pelts are hardly recognizable as such. The few that are left intact are by far not enough to satisfy the hunger of the fur market.

The Comfortable Superiority of Evil

The most wide-spread and most demoralizing excuse for wearing fur (and, for the matter, for any unethical behavior) is the following: "Alright, wearing fur is bad, but I wanted that jacket because it fits me so well, and whether I buy or refrain from fur - that doesn't make a difference anyway." 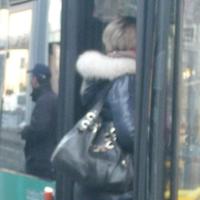 Argument Check: This is the basic problem with change: The individual underestimates his/her potential to bring it about. Many would rather continute to support a flawed system than risk failure in an attempt to mend it.

But imagine an attractive lady featuring a fur coat and thus lending the fur industry her charisma. The effect is devastating - every girl attempting to emulate her will be more inclined to wear fur as well. Imagine instead that this same lady looks splendid in a fake-fur jacket. If she showcases compassionate fashion, she will inspire others do to alike.

Every one, whether charismatic or just nice, famous or just personable, EVERY ONE inspires others and sets an example. Every one supporting animal exploitation in his/her everyday life perpetuates it, every one trying to make a difference proves that alternatives exist. Once a critical mass of people becomes aware of their powers, change can break loose. And this unfolding is facilitated by the radiant influence of a few who stand up for their ideals with passion and dedication. 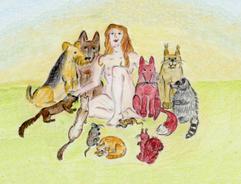 And you? Be among those who chose veracity over vanity. Listen to your scruples instead of hiding them behind tenuous subterfuges. Buy compassionately. We will first defy and then defeat the fur industry when more and more people leave fur to the animals.